We offer free consultations and basic water testing. Let us help you get started on good health and safe water.

Get A Free Quote Today

We work to supply safe and affordable drinking water and home filtration systems to Missoula and the surrounding areas.

Through the years we have not only changed our water but we have expanded north to Polson and Seeley, west to Plains, South to Darby and Sula, east to Drummond and all of their surrounding areas. Including some special requests as far as Townsend and Great Falls. 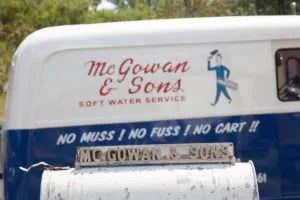 McGowan & Son’s National Soft Water Service, which later became McGowan Water Conditioning was started by Lyle “Mac” McGowan in 1955. Mac had worked for Mankato Culligan in Minnesota until he decided to live the American dream and start his own company.

In 1963 Mac passed away at a young age leaving McGowan & Son’s National Soft Water Service to his wife, Betty, who put her oldest son, Jack, in the lead. Jack ran the business for his mother until 1968 when she decided to sell to businessmen from the Mankato area.

Jack then moved his family to Missoula, MT and since water treatment was his trade, he and his business partner (Fred) started another McGowan Water Conditioning in 1968. A short time later, Jack sold the Missoula location and moved back to the Mankato area.

However, while one partner was dedicated to the expansion and growth of the business, the other was less so, and John soon bought him out of the company. Since then, McGowan Water has continued to expand, exceeding 10,000+ accounts and always extending a hand to new communities.

What Our Clients Say

Some kind words from our respected clients

We’re Waiting To Help You

Get in touch with us today for all your water quality needs!